Home » Blog » To Be or Not to Be Sugar-Free: The Facts About Artificial Sweeteners

To Be or Not to Be Sugar-Free: The Facts About Artificial Sweeteners 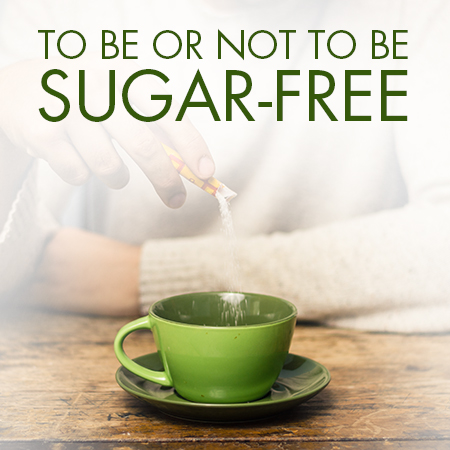 Originally created for people unable to consume regular sugars, alternative and artificial sweeteners have become extremely popular in all kinds of different products. From chewing gum to diet soda, Dr. Stephen Hahn wants you to know which of these options are best for your dental and general health – so here are the facts about a few of the most common sweeteners.

The benefits of artificial sweeteners were first recognized as a safe option for diabetics, but have since exploded in popularity because food, beverage, candy, and snack companies have discovered that it is easier to sell fewer calories. In addition, people with a sweet tooth know that artificial sweeteners are notorious for their ability to ruin your portion control.

The substances listed below are considered sugar-free and inhibit tooth decay because bacteria cannot ferment them into enamel-destroying acids. Despite ongoing controversy about health concerns of sugar substitutes, the FDA considers the following substances to be safe for regular consumption:

If you would like to discuss the healthiest way to sweeten your coffee or want to visit Galleria Family Dental for a consultation, please contact us!

« Can F’s on Dental Checkups Cause F’s in School?

To Be or Not to Be Sugar-Free: The Facts About Artificial Sweeteners

Can F’s on Dental Checkups Cause F’s in School?