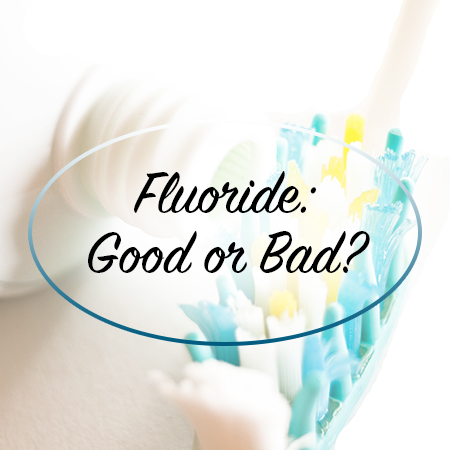 According to the Centers for Disease Control and Prevention, the fluoridation of drinking water is ranked among the ten greatest public health achievements of 20th century America. However, a quick search of the internet tells us that fluoride can actually be toxic if ingested in large enough quantities.

So which is true? Do the health benefits outweigh the negatives of fluoride in toothpaste and drinking water? At Galleria Family Dental, we know that folks care a great deal about their health, so we’ve put this article together to examine the facts and help you come to your own decision.

Why Use Fluoride in the First Place?

To begin to understand the controversy, we must first understand what led to putting fluoride in toothpaste and water. Even today, tooth decay is considered the most prevalent chronic disease in children and adults.

With that in mind, it’s not hard to understand why Grand Rapids, Michigan, became the first city in the world to fluoridate its drinking water supply in 1945. The hope was that fluoridation would dramatically reduce the amount of tooth decay in children. After 11 years, the National Institute for Dental Research confirmed that fluoridation had coincided with a 60% drop in the rates of tooth decay. As of the year 2000, roughly half of the country’s water supply was fluoridated.

How Does Fluoride Work?

Fluoride works in two ways: it keeps plaque-based bacteria from producing decay-causing acids, and it repairs the areas of teeth that have been damaged by tooth decay.

As Mark Twain is famous for saying, “too much of anything is bad…” That is certainly true for fluoride. Too much fluoride can cause dental fluorosis, a condition that permanently stains and pits the enamel of the teeth. More serious complications, such as skeletal fluorosis, can also develop. In extremely high doses, fluoride becomes toxic enough to cause death. The important thing to know is that fluoride’s popularity has led to its inclusion in more than just water and toothpaste—namely juice, soda, food, and pesticides.

As long as fluoride doesn’t exceed the EPA-regulated levels of 4mg/L, research suggests the benefits outweigh potential complications. The trick is to monitor fluoride intake from all sources, not just water and toothpaste. Even though precautions can be taken, there are plenty of anti-fluoride activists that still advocate for the elimination of fluoride from all sources.

How Does Dr. Stephan Hahn Feel About Fluoride?

Like most other dentists, Dr. Stephan Hahn recommends that Henderson residents use a fluoride toothpaste in their oral hygiene routine, provided they also rinse thoroughly. If you have any questions about fluoride or would like to chat about all things dental, don’t hesitate to contact Galleria Family Dental!

« Diabetes & Oral Health: What Your Dentist Sees
Caring for Your Dentures »